Ringpung Dzong – The Fortress Of The Heap Of Jewels Tour Packages 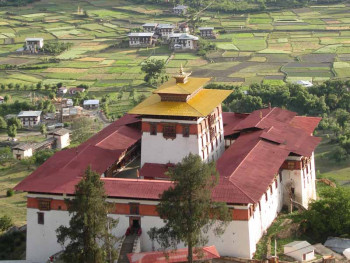 The imposing fortress of Rinpung Dzong – The fortress of the heap of jewels, is located 3-km away from the Paro International Airport on the bank of Paro Chhu. It is constructed on a steep hillside. The best view is probably from the west bank of the Paro Chhu. There is an elegant cantilever bridge – Nyamei Zampa of traditional design.

A five-storey fortress was constructed by Drungdrung Gyelchog during the 16th century. Drungdrung Gyelchog was one of the two brothers-descendants of Phajo Drugom Zhigpo – the founder of the Drukpa Kagyupa School in Bhutan. The dzong was built above the large rock where he had subdued the local deities and bound them under an oath of allegiance to the Drukpa School. In 1644, Gyelchok relinquished his small fort to Zhabdrung Ngawang Namgyel – the founder of Bhutan. He immediately began the construction of a much superior and more extensive fortress. The Dzong was consecrated by Zhabdrung Nawang Namgyal.

Rinpung Dzong survived the massive 1897 earthquake while most of the dzongs in Bhutan were damaged. But it was burnt almost to the ground in 1906. All important relics and statues were lost to the fire and nothing could be salvaged except for the Thongdrol which has been displayed to the public during the annual Paro festival. The Dzong was rebuilt immediately to the original design.

Throughout the 17th and 18th centuries, it served as a bastion against invasions from the north. Nowadays, it functions as the administrative headquarter of the Paro district and houses the state monastic monks. It has the finest example of Bhutanese architecture in style in the country.

In the Mithrugpa Lhakhang, the main statue is that of Lord Buddha and Zhabdrung Ngawang Namgyel. The Utse Lhakhang (central tower) is dedicated to Hayagriva and Amitayus. The Goenkhang is located on the third floor and houses statues of Mahakala and Mahakali. The third floor of the Gonkhang dedicated to Jnananatha. The first-floor chapel, known as Rabmang Zheldzomkhang, contains a set of the eight stupas, the deeds of Shakyamuni Buddha. 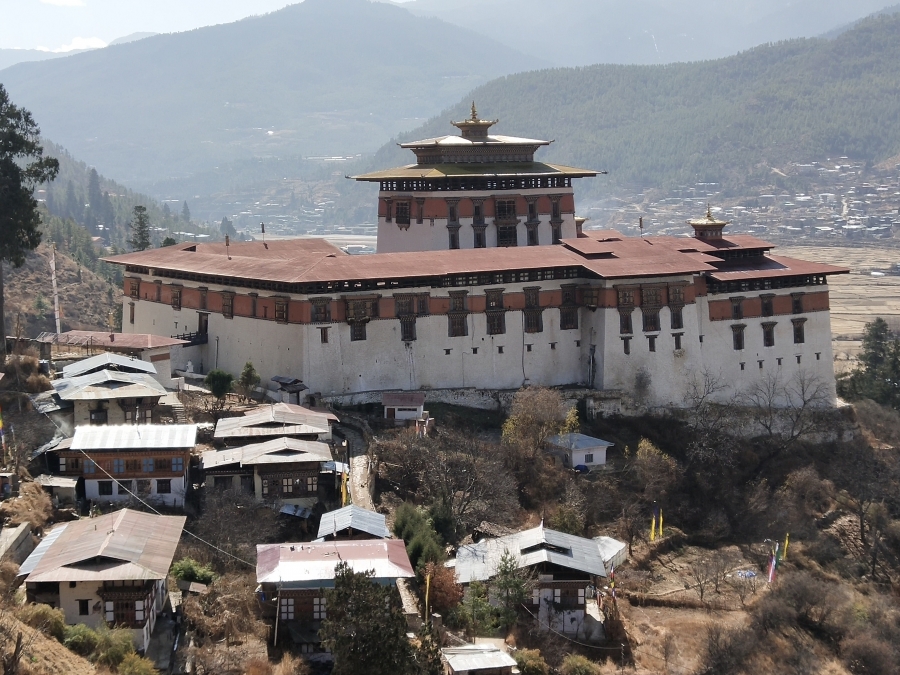 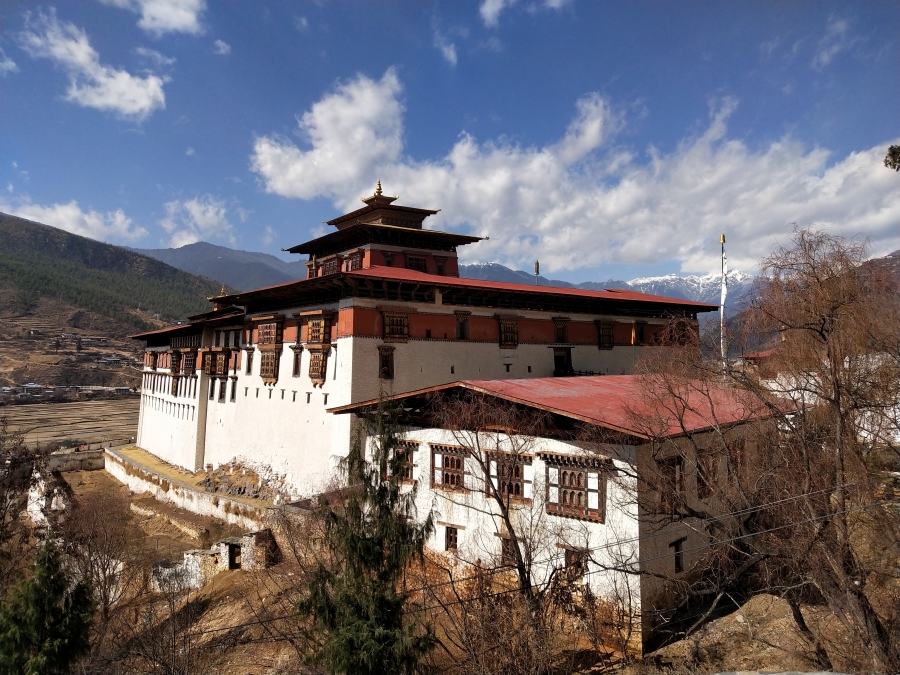 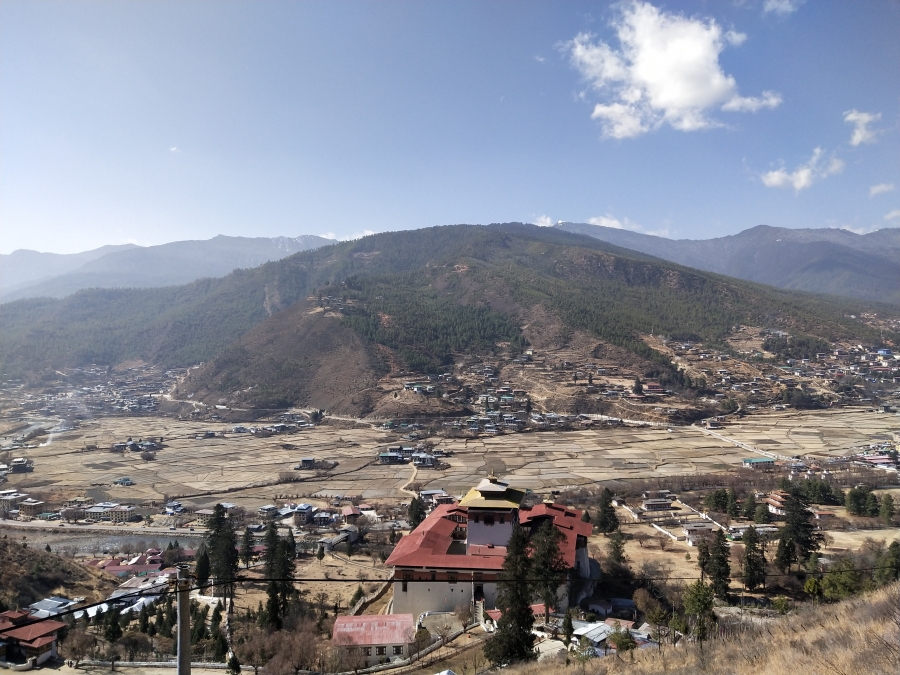 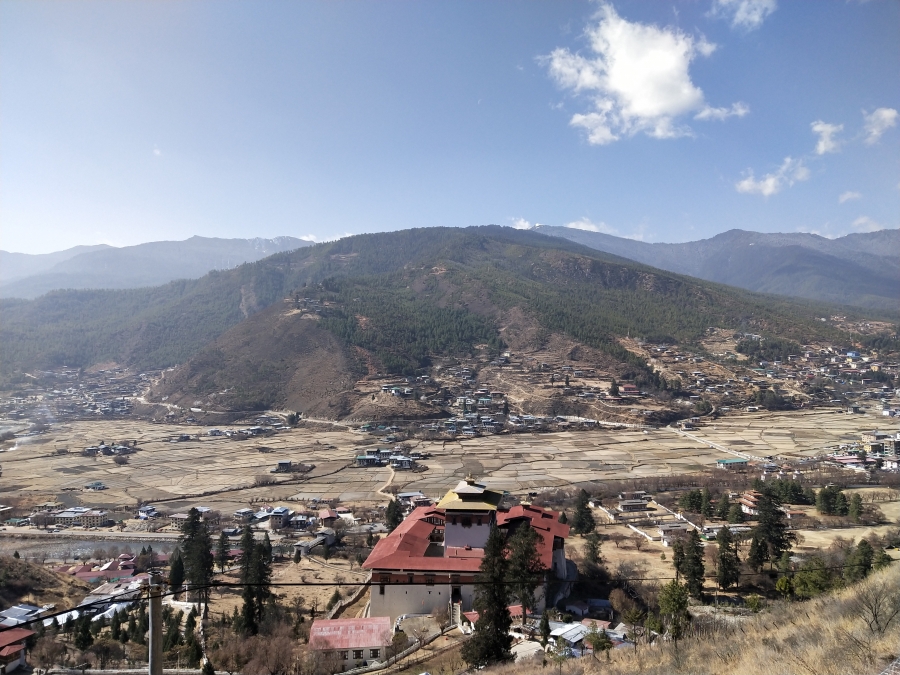