The Team
The team – Meet the experts 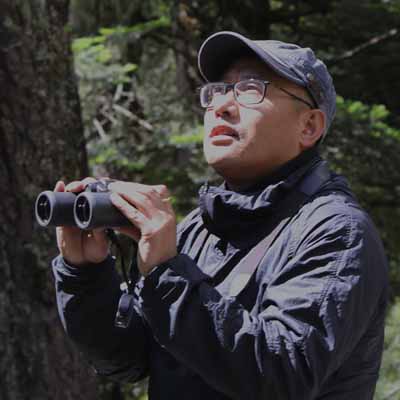 The founder of Bokar Tours, Mr. Karma Chime is a professional tour guide and cultural advisor. He picked the enthusiasm for tourism in 2006 after his studies. He has been leading the agent with the utmost dedication that provides Bhutan tour packages. Besides, Karma Chime’s priceless experience has been dealing with the area of sacred sites, different places, culture and festivals in Bhutan, among others. 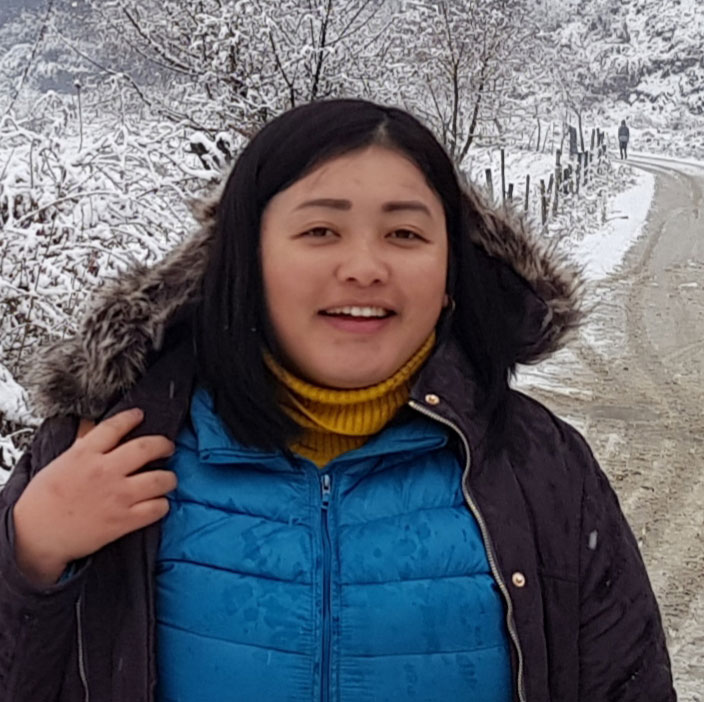 Mrs. Sangay wangmo is a co-founder of Bokar tours. She has been working tirelessly with Bokar tours with dedication and commitment. She looks after the human resources department function such as planning, monitoring and evaluating productivity level of all employees of Bokar tours. 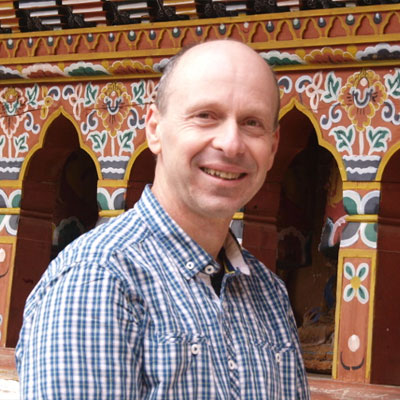 Mr. Dirk Verboven has visited Bhutan several times in the last seven years. This resulted in him becoming a good team member of Bokar Tours and thus he shares a strong relationship with the agent. He is a passionate team player for culture, nature, and friendship towards customers. 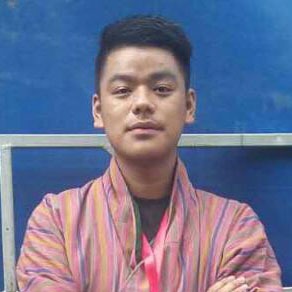 Mr. Galey Tshering after graduating from reputed college in Bhutan “Gedu College of Business studied ‘’, the only business and management college of Bhutan, he was assigned as Operation Manager of Bokar tours and since then he have worked effortlessly with the agent. Galey deals with overall control of finance and administration works. He also holds the responsible for appointing aspiring guide and driver with top hotels for client. Galey has been working with bokar tours since 2009. 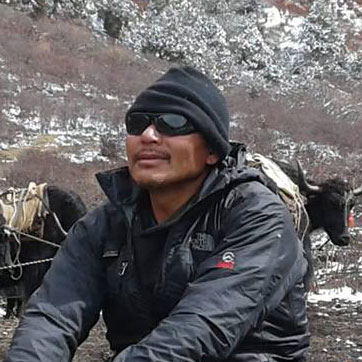 With the much charming guy with decent character Mr.Chagay is one of the best cook for trekking. He has travel all the trekking route in Bhutan more than one can imagine. Due to his reputation, he was one of the First Bhutanese cooks to be trained by the tourism council of Bhutan in a rigorous course focusing on cooking for foreign tourist. He often gets praised on good and quality food from Clients and he never disappoint client with his cooking style. Mr.Chagay has more than 20 times experienced in trekking one of toughest trek in Himalayan Region called “Snowman Trek”. 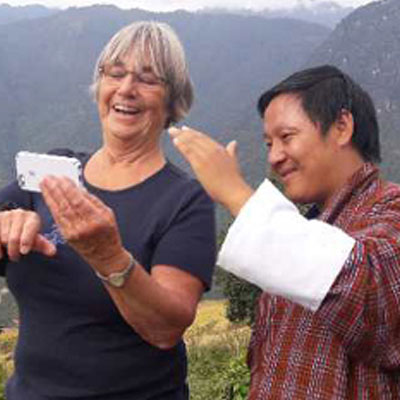 Mr. Sonam Phuntsho works for Bokar Tours as a cultural and trekking guide. He is from eastern Bhutan and dreamed of working in the tourism industry. He thus joined the Tourism and Hospitality Industry after his secondary education cycle. Sonam Phuntsho was trained by the Tourism Council of Bhutan. His knowledge about the history and culture of Bhutan is at the highest height in the country. 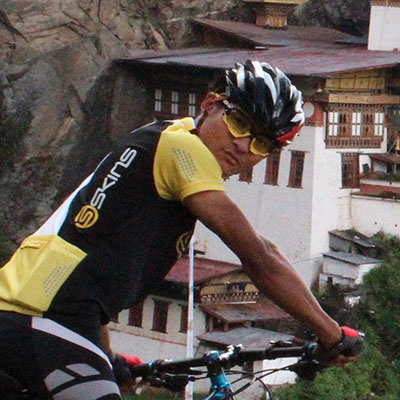 Karma grew up on two wheels. He often raced mountain bikes, which inspired him to follow his dream. He have emerged himself in the world of bikes by working as a mechanic, a coach and continuing to race. He really loves to ride for any reason .He has been a mountain biker for 10 years and can’t wait to show his amazing trails. 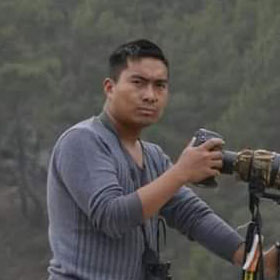 Sonam Dorji is one of enthusiast’s birders in Bhutan. He traveled in and around Bhutan as far as the country's wideness goes. Exploring and studying about birds in particular and nature in general. For five years Sonam was guided and trained in national conversation and wildlife of Bhutan. As a young and enthusiastic birder, Sonam is now familiar with calls, behavior, distribution and habitats of Bhutan Birds and often gets praise from clients about his in-depth knowledge about Birds. Sonam is known for his sharp eyesight and great patience. 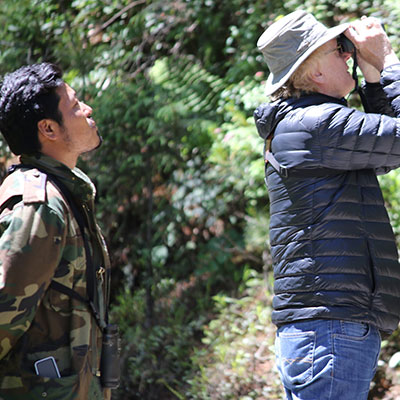 Yejay grew up in the dense evergreen forests of Bhutan north-east where he first developed his love for birds and later learned about flora. He gave up his full-time career to devote his time to the conservation of Bhutan wildlife, especially working on rare birds. He is known as one of the utmost Naturalists in Bhutan. He has been leading birding tours and exploring the country’s varied ecosystems for over 10 years. With a long-time passion and curiosity in birding, he has spent many weeks traveling the country, surveying and discovering all the best places to find the most sought- after rarities species of Bhutan. 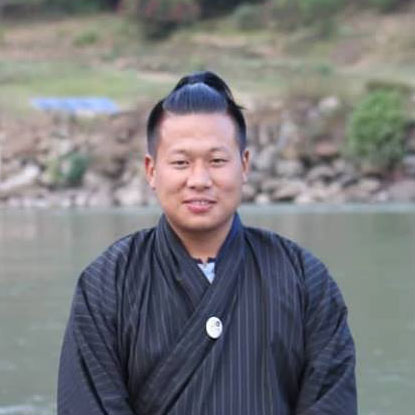 Mr. Dorji has been a fully licensed, professional culture tourist guide since 2014 in Bhutan. He graduated from Victoria international college in Food and Beverage services, but his passion has always been history and arts, not only theoretically but also practically. Besides guiding he also does Bhutanese painting which is considered as his hobby. Mr. Dorji is keen on sharing current affairs and he always keeps updates on our government current affairs and he also learned the importance of Customer services. 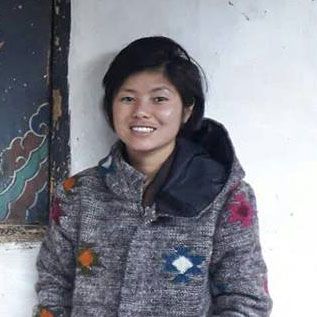 Nim Dem started guiding profession in 2014 and she is the lone female guide who works tirelessly with Bokar tours ever since she completed her professional training in guiding. With inspiring knowledge in Arts and History of Bhutan she never fails to impress clients and she is much passionate in painting arts. She also does hiking and she always believes in an experience of home away with much competence to go beyond and illustrate the real life of Bhutanese. She never fails to accept changes and challenges in the guiding field. Moreover, she is enthusiastic to learn new things and to teach.

Tshering is an enthusiastic and a promising cultural guide in the country with almost five years of work experiences in tour guiding. He is a permanent cultural guide in Bokar tours based in Paro. Apart from leading a myriad of tour groups and adept at delivering good services, Tshering also has an excellent track record so far.

Mr. Nelha Dorji has been a local fly fishing guide for more than 20 years. His earliest memories were with his parents, throwing net hooks on the rivers of rural eastern of Bhutan. Since then Nelha has fished extensively thought-out the rivers of Bhutan including Manas. He has guided many fishing tours in Bhutan and knows wild Mahseer and all the fish species found in Bhutan with deep description. He is very passionate about fishing and he has combined his love of fly fishing and teaching. 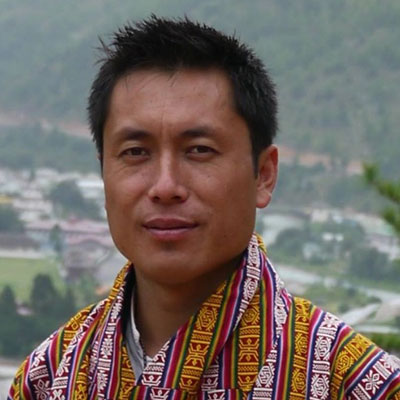 Mr. Dorji began his career as English speaking guide in 2003. He is trained both in trekking and cultural tours. He had Learned French at the Richelieu Language Institute, Lausanne in Switzerland and can speak French. 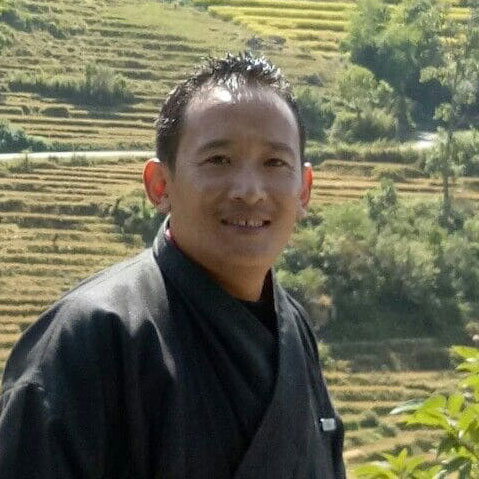 With a delighted face, Mr. Tashi Samdrup joined the Tourism industry in 2005 and till 2008 he has been doing culture guiding, after that he went to France to learn professional French language. He stayed in French a year and came out with a gloriously French speaking guide in Bhutan in the year 2010. Ever since, Mr. Tashi Samdrup has been doing French guiding and got excellent feedback from the Clients and during his leisure time he likes to listen to traditional songs of Bhutan. 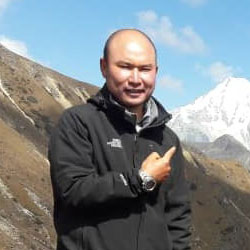 Mr. Tashi Tobgay, one of the active guides of Bokar tours has completed popular Treks and considered to be one of toughest trek in the Himalayan region the "snowman trek" which takes more than 30days to complete. He has completed the snowman trek more than thrice. He is a polite guide with a decent manner in which he gets compliments from guests for his humor, Moreover clients have praised him for his knowledge in Buddhism and his enthusiasm towards the Bhutanese culture. 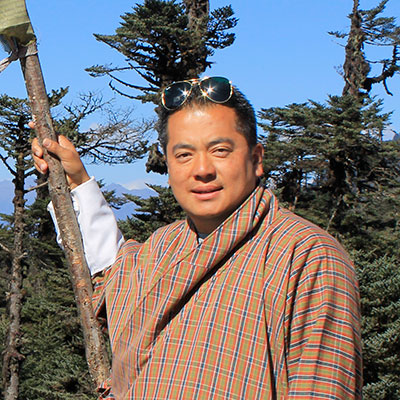 Everyone thinks they are good driver.But, knowing the clutch from brake pedal does not necessarily make you good driver. Mr. Choki Dorji has spent his half of life in driving and he worked in various government agencies and other corporation sector before joining tourism industry. He is a very courteous to other road user’s driver which every driver to develop. Till date Mr.choki Dorji holds not even single accident and he holds professional driving licensed. 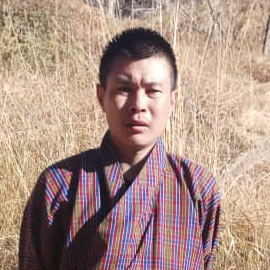 Meet with our well skilled driving and mechanic driver Mr.Kelden Tshering .he is from central Bhutan and he grew up learning driving ever since from his childhood days. He has gained lots of experience in the tourism sector with holding a professional driving license .He does care clients like guides. On the tour if any mishaps occur, he quickly fixes it with his mechanic skill and he does not allow clients to wait and waste time which is most precious for clients. 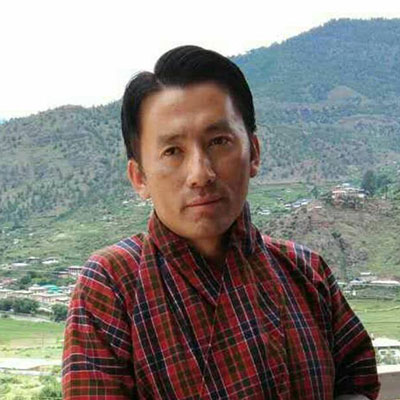 Mr. Tshering Phuntsho from the Eastern part of Bhutan holds a professional driving license in the tourism sector and he have experienced more than twenty years and he is very good at his personality and he does not make clients feel sleepy when the drive is too long with his jolly character. Mr Tshering holds no incident records till date.